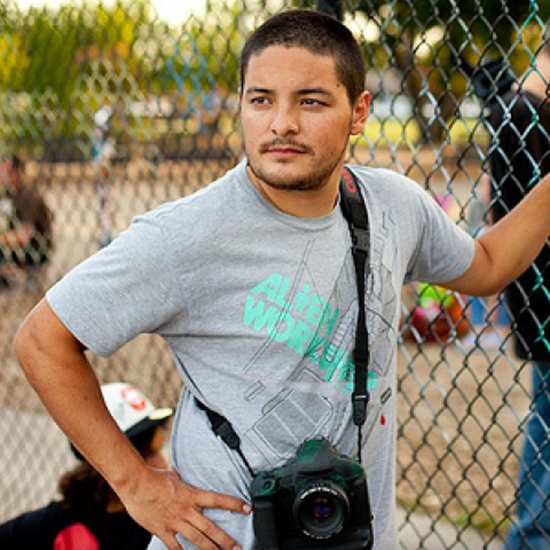 Anthony Acosta is a professional skateboard photographer from the greater Los Angeles area. His work has been featured in magazines worldwide throughout his decade of experience. He enjoys the sport and respects the athletes for which he is able to capture from angles and compositions that are unique to his craft. He has been a staff photographer for Vans shoes and TheskateboardMag for almost ten years now. 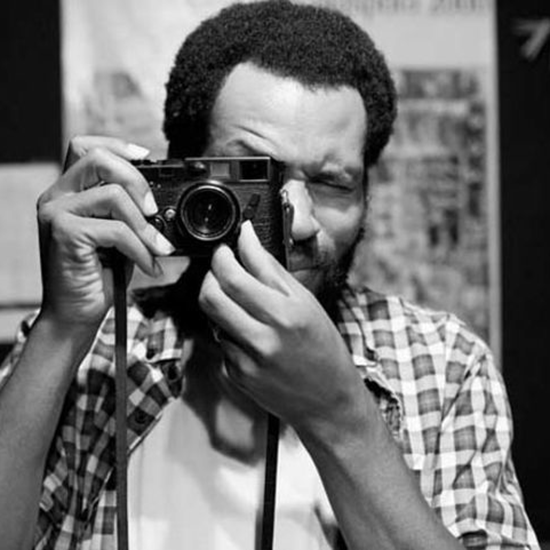 Rarely without his Leica M6, Ray brings the same unique perspective to the art of black and white film photography that he has brought to skateboarding over the past 30 years. A self described “Jack of all Trades, Master of None,” Ray’s seamless approach to capturing a moment, nurturing the image through the development process, and bringing it to fruition in the dark room make his photographs as humble and honest as the man behind the lens. 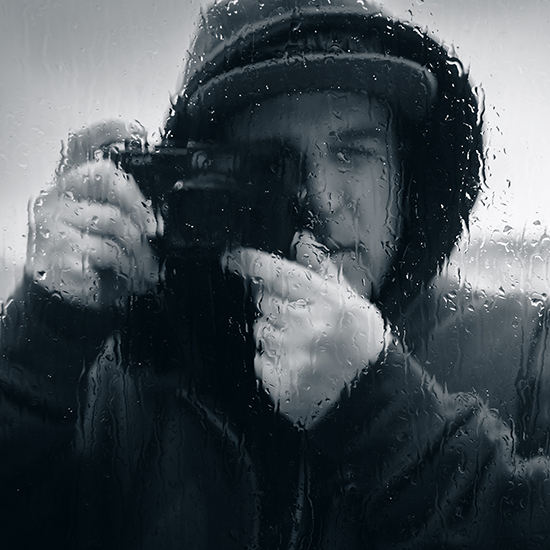 Joe Brook left Michigan at the age of 19 to follow his love of skateboarding.  The iconic landscape and skate history of San Francisco led him west. He would spend his days skating through the city and was inspired by it’s architecture and  people which led him to pick up a camera and his passion for photography grew. He later combined his two loves and was able to land his dream job at High Speed Productions. Thrasher,Slap,and Juxtapoz magazines.  which has enabled him to travel with world with various skateboarding teams and friends. Joe is never without a camera, or two, in hand and captures images daily of his ever changing surroundings. 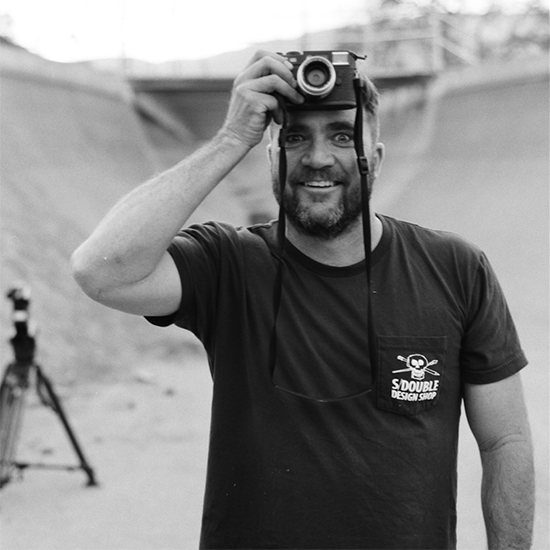 Thomas Campbell is a self-taught painter, sculpture, photographer, and filmmaker. He splits his time between his painting/sculpture/stuff making studio in Bonny Doon, California and traversing the globe making films. Campbell’s artworks combine scribbles and scriptures, taking slogans and anecdotes from his unique vocabulary and juxtaposing them with a profound look at human nature. His movement-oriented paintings are as layered with meaning as they are with paint. The works, typically composed of several panels, are free-flowing with wide expressionist swipes of color, bold graphics and intricate renderings of characters and text. His photographs mimic the intensity of the paintings, yet in a more abstract fashion. Campbell has mounted solo exhibitions in New York, Paris, Tokyo,Denmark,The Netherlands,San Francisco, Los Angeles, and Morocco. In 1999, he completed his first feature length surfing film, The Seedling, and in 2004 released his second, Sprout and has just completed his 3rd “The Present” in the spring of 2009. Campbell is also part owner and creative director of a small, independent record label based in Santa Cruz,Calif, Galaxia, which has released records by contemporary artists Tommy Guerrero, Bonnie “Prince” Billy, Peggy Honeywell and The Black Heart Procession. Galaxia was established in 1993.In 2013 Campbell started an new creative platform called UM YEAH ARTS which is a nexus for the making of books,music and films.

Artist Statement
Well, I am not a huge fan of using words to describe art and every time I am asked to write an artist statement my gut instinct is just to say, “Um, I make stuff”. And in reality, that is what I do. I am a creative person by nature and by trial and error — and just enjoy adapting to different creative scenario’s and moving with them .If I was arm wrestled into stating what my work is about,,,,I would say that the basic theme’s are affirmative in a self referential sense,,,sometimes addressing personal or societal issues as simple reflections, just to say get your stuff together, don’t be a turd or just be thankful for what is — and usually having. In general, I really rather people have there own unhindered experience with the work, than with so much back story..
Thomas Campbell
bonny doon ca 2016 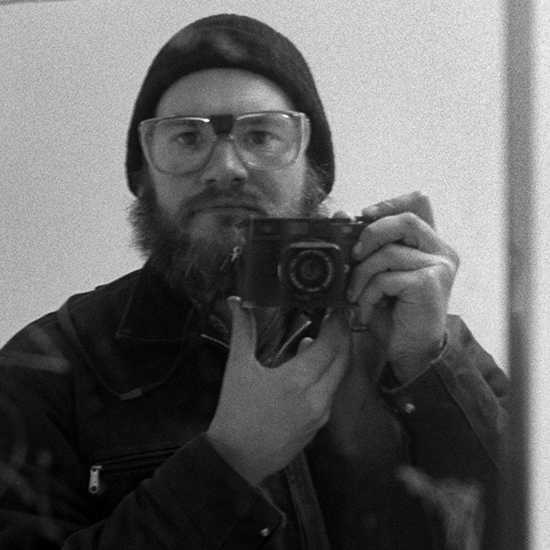 Jon Humphries has been described by his admiring colleagues as having a “dramatic vision of the art of skateboarding”. To reach this caliber of skateboarding photography, you have to be a skateboarder – first and foremost. “I grew up skateboarding everyday, so it was natural for me when I got into photography to shoot photos of my friends skateboarding,” says Humphries, who was born in Portland Oregon and now lives between Los Angeles and Portland. “Skateboarding and photography have taught me a lot about life. I wouldn’t give it up for anything.”

Humphries started shooting photos as a junior in high school and very quickly his passion for photography turned to the black and white realm, this helped him establish himself within the skateboard industry. Other than skateboarding and the culture surrounding this sport, Jon also loves to shoot portraits. “Photography has taken me around the world and opened my eyes to all sorts of new places and people. I feel very lucky to be able to do something in life that I love to do.”  Jon’s 20 year photography career has now evolved into all sorts of sports and action photography.

Humphries has made a tremendous mark on the skateboarding culture through his published work in The Skateboard Mag and Transworld Skateboarding. Past and present clients include Nike, Levis, Nikon, Leatherman, Gatorade, Mt. Dew, Dickies, Adidas, The Firm, Flip, Emerica, Es’, Etnies, Burton, Salomon, and Bonfire. 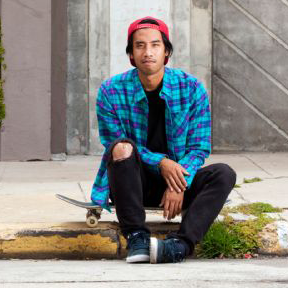 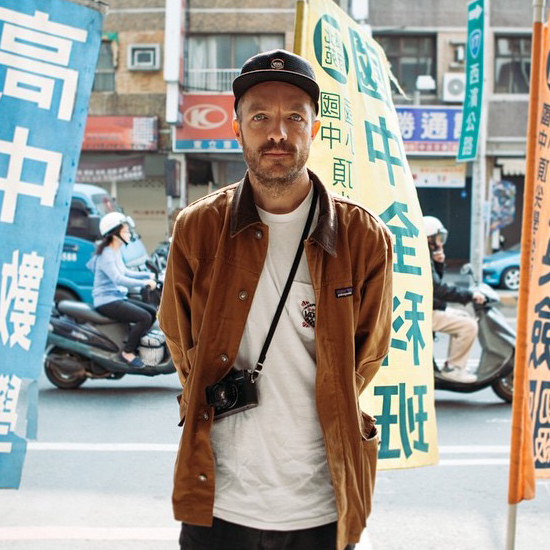 Greg Hunt (b. 1973) began shooting photos in the mid-1990’s as a professional skateboarder. Shortly after he began working with motion picture film, eventually transitioning to work behind the lens full-time in 1999. Greg has since created some of skateboarding’s most seminal films, including Sight Unseen (2001), The DC Video (2003), Mind Field (2009), and Propeller (2015). He has also made films for Levi’s, Patagonia, Gravis, and The National Film Board of Canada as well as music videos for Cat Power and M83, among others.

While generally focused on film projects, Greg has documented nearly everything with his Leica M6 over the last 15 years. His photos have been published in books and magazines worldwide. He currently lives in Los Angeles with his family. 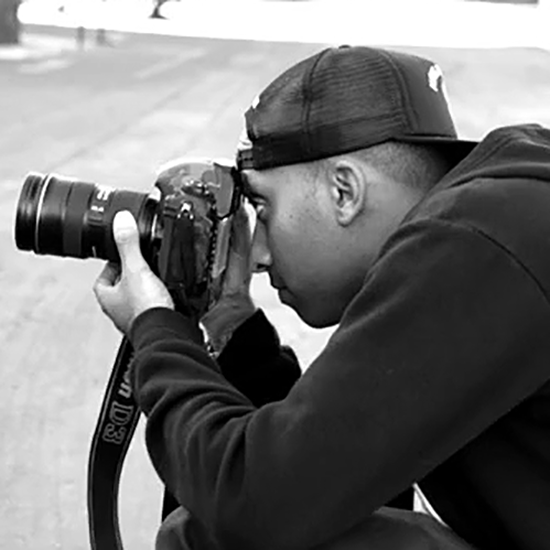 Born in 1976 in Colorado Springs, Colorado, Atiba picked up his first camera in high school. With a passion for skateboarding and photography, he combined the two and started submitting photos to Transworld Skateboarding Magazine, which led to him moving out west in 1995 to pursue the “California Dream.”

Within six months, he was able to obtain a job assisting one of skateboarding’s pioneer photographers, Grant Britain, who taught him everything he needed to know about light and dodging flying skateboards. At the same time, being a big basketball fan, Atiba was again able to score a great opportunity assisting Andrew D. Bernstein, one of the NBA’s official photographers.

Andrew taught Atiba a whole new world of lighting, capturing action, gave him valuable experience in portraiture and taught him how to be a professional. Atiba now lives in Los Angeles investing in different bars and restaurants, also running his own backpack company Bravo, but his main love is shooting photos, working with clients The Skateboard Mag, Slam, XXL, Nike, Adidas, Pepsi, Miller/Coors and Supreme. 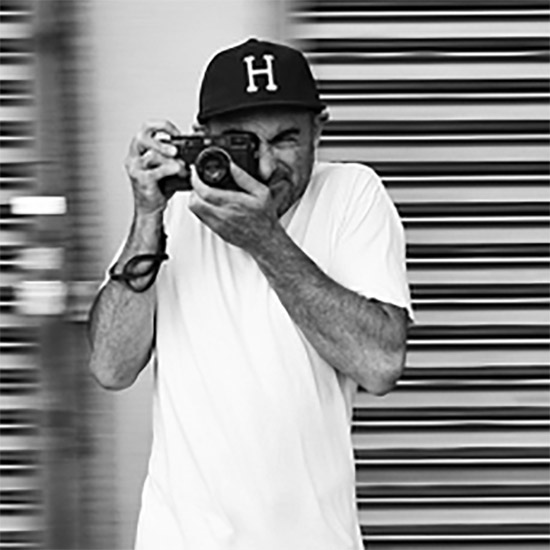 Dennis McGrath is a Los Angeles based photographer who’s roots are in skateboarding, but whose artistic branches extend as far as the reflective photographic eye can see. Dennis spent a majority of his youth in San Francisco documenting skateboarding in what many would call the golden era, landing photos in all the major publications, including covers of Slap and Big Brother magazines. He’s been an artistic cog in the creative wheels of companies like Huf, DC Shoes and FTC which have showcased his photos on t shirts, hoodies, shoes and board graphics. He recently published a photo book documenting the life of the 90’s skateboarding legend that is Lennie Kirk. The book, entitled Heaven has been highly praised in both the skateboarding and photographic worlds. Dennis would never say these nice things about himself, because he’s humble, and down to Earth, but many a wise man would consider him in the upper echelon of core skateboard photographers and he also smells quite nice. He was commissioned by Virgin America Airlines to do a creative series for the brand, which was featured on the Leica camera blog and can been seen by anyone flying in or out of LAX where the photos now hang. Dennis drives a Subaru and his favorite trick is the frontside slappy. 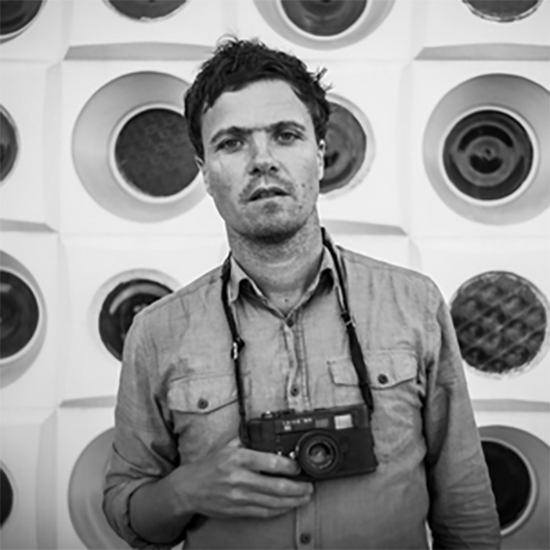 Fred Mortagne, better known as Frenchfred, is a very unique phenomenon in the world of skateboarding photography. While the majority of sports photographers concentrate on athletic achievements and capturing the most spectacular tricks, Mortagne produces a completely different perspective by working exclusively in black and white. Mortagne, who started out as film maker, developed what has become known as the ‘frangle’ – Fred angle – technique for his videos, where he follows and circles around his protagonists while riding a skateboard like a dolly. He also looks for the same special perspective when taking photographs staging perfectly executed skateboard tricks where the degree of difficulty is less important than the elegance of the movement, in front of a backdrop of dramatically composed architectural lines. The plunging lines of the architecture merge with the skateboarder in flight, the athlete appears to be  a natural part of the urban biotope.

Fred Mortagne lives in his home town of Lyon, France. He has skateboarded since he was eight years old. He filmed his first skateboard video in 1993, and five years later melded his hobbies into a profession. Frenchfred is a self-taught photographer. He is currently preparing to publish his first photo book at Um Yeah Arts. 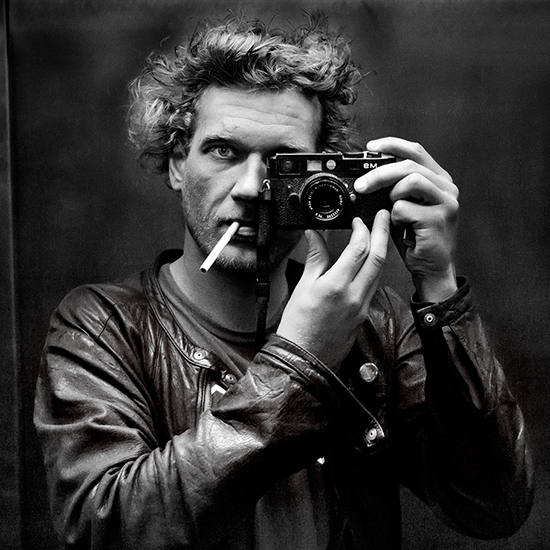 Ed Templeton (born 1972) A respected cult figure in the subculture of skateboarding, his paintings, photographs, drawings, and mixed-media installations take their inspiration from the subculture he is a part of and the suburban environment he lives in. Templeton is also a two-time world-champion professional skateboarder since 1990, and the founder/creative force behind Toy Machine Skateboard Company since 1993. His work has been shown at MOCA, Los Angeles, Palais de Tokyo, Paris, S.M.A.K. Museum, Belgium, Ernst Muzeum, Budapest, Kiasma Museum, Helsinki, Kunsthalle, Vienna, and BALTIC Centre for Contemporary Art, UK. Over 10 books of his photography have been published. He has been using a Leica M6 camera for 20 years. 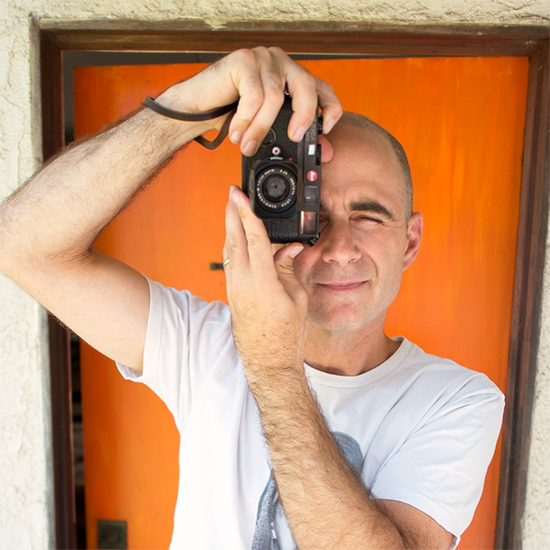 Photographer and Filmmaker Tobin Yelland started taking pictures at age 15. He photographed what he saw around him, in his daily life, his friends and their adventures as skateboarders. His work features day-to-day experiences of different subjects, through humor and rawness, with youthful invincibility. Tobin’s work has expanded beyond the world of skateboarding to become a collection of images that lend a voice to an entire generation, transcending locales and social identities., Weather shooting stills or making films, Tobin continues to capture powerful images of culturally important moments through his Leica lens. Tobin lives with his family in Los Angeles. 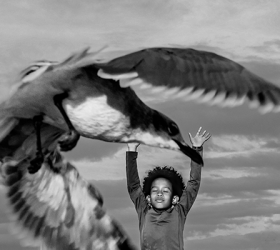 VIEW GALLERY
Karen Zusman “The Super Power of Me Project” 16 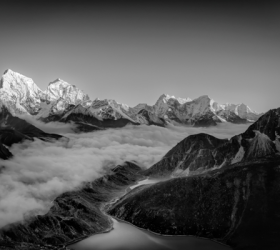 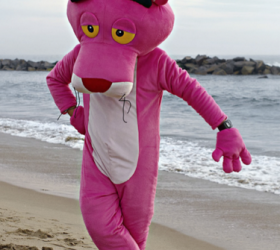 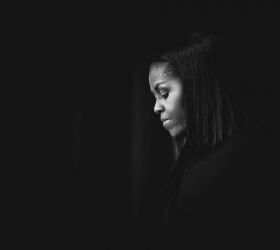